COMMITTED IS THE SAME WORD YOU WOULD USE TO REFER TO A DEPOSIT THAT YOU GAVE TO THE BANK.. You trust the bank to keep your money safe, and to pay interest on that money.                            Paul said that on the basis of his personal relationship with Jesus, he has committed his whole life to Christ, and he knows that his commitment was a wise decision, and will be worth it, whether he lives or dies. He has given total commitment of his life to Jesus Christ, the One who is able to complete His work in us until the day Jesus Christ returns for His Bride, the church!

MONEY CAN LEAD ANYONE INTO ALL SORTS OF DANGEROUS DIVERSIONS AND ALL KINDS OF EVIL. (1 Timothy 6)   Therefore the man or woman of God must run away from materialism and run toward the fruit of the Spirit, which is Love. (Gal.5:22).    It is impossible without the power of the Holy Spirit, but with Him we can be victorious, and fight the good fight of faith. With Him we can take hold of eternal life and keep the eternal perspective. When we follow after money, we are fighting a losing battle. We need to fight the good fight, which is the battle to focus on the eternal things instead of temporary.

PAUL WAS GIVING A SERIOUS CHARGE TO TIMOTHY!  In 1 Timothy 5  he wrote; “I charge you before God, and the Lord Jesus Christ”, and as if that wasn’t enough, “the elect angels.” What was this serious command?  “That you observe these things without prejudice, doing nothing with partiality.”  Paul was commanding the church that they should not give preferential treatment to some people.    Every person is equal in God’s sight. So if Christians give special treatment to some, then they are misrepresenting God.   Jesus loves all of us. He doesn’t have any favorites, and we should follow His example.  Treat every person with love, regardless of their station in life. To do less is to offend our Lord, Jesus Christ. 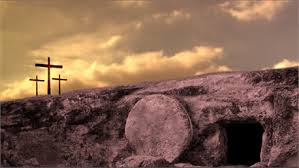 WHEN PETER AND JOHN SAW THE EMPTY BURIAL CLOTHES OF JESUS, AS IF HIS BODY HAD DISAPPEARED OUT OF THEM, THEY BELIEVED!  “For as yet they did not know the Scripture, that He must rise again from the dead.”  (John 20:9)
This shows how preconceptions can blind a person. Jesus had told His disciples repeatedly that He would die and rise from the dead. But they did not want to hear that, because it didn’t line up with their preconceived ideas, so they blocked it out of their mind. They wanted to see Jesus coming in His glory to establish His Kingdom on earth, and they did not want to hear what He was saying about His death and resurrection.
It is very important for you and I to listen to everything God is saying to us, and not just what we want to hear or what we expect to hear.